This week I’m sharing some favorite series and movies and a few new ones I’m very excited about and hope live up to the hype!

My favorite returning shows are:

Hundreds of years from now, surviving humans discover how to send consciousness back through time, into people of the 21st century, while attempting to change the path of humanity.

We were engaged immediately in this space drama based on the 1960s show. Parker Posey is a stand out as Dr. Smith. DigitalSpy.com predicts we may have to wait until April 2020 for season two!

The reboot is set 30 years in the future and everyone wants to move to space because Earth has become trash. The Robinson family is selected as one of the families to go to space to make a new life for themselves in a better world — but that doesn’t mean their domestic and sibling strife is being left behind.

I haven’t seen EVERY episode but since this is the final season, you can bet this will be what everyone is talking about. Season 8 is scheduled to premiere during the first half of 2019.

HIGHLY RECOMMEND this fabulous movie adaptation of the books by Kevin Kwan. It was perfectly cast and over the top enough to be entertaining and sweet! Plans are in the works for two more films, with Astrid and Charlie along with a bigger role for Kitty Pong.

And here are the ones I’m most excited to watch:

Based on Caroline Kepnes’ best-seller of the same name, the series is described as a 21st century love story about an obsessive-yet-brilliant twentysomething who uses the hyper-connectivity of today’s technology to make the woman of his dreams fall for him.

This reboot is set in the present day and features a new set of popular-yet-evil Heathers — only this time the outcasts have become high school royalty.

Update: In the wake of the Stoneman Douglas school shooting, the program’s subject matter, Paramount Network delayed the premiere to July 2018. However, on June 1, 2018, Paramount Network’s parent company Viacom dropped Heathers entirely due to continued concern for its content. While the series has yet to premiere domestically, it has been sold and aired internationally.

Bradley Cooper and Lady Gaga. 😍⭐️😍⭐️ A musician helps a young singer and actress find fame, even as age and alcoholism send his own career into a downward spiral.

The Hate You Give October 19

Starr Carter is constantly switching between two worlds: the poor, mostly black, neighborhood where she lives and the rich, mostly white, prep school she attends. The uneasy balance between these worlds is shattered when Starr witnesses the fatal shooting of her childhood best friend Khalil at the hands of a police officer. Now, facing pressures from all sides of the community, Starr must find her voice and stand up for what’s right.

The plot follows Newton Scamander and Albus Dumbledore as they attempt to take down Gellert Grindelwald, while facing new threats in a more divided wizarding world. The story will take place in New York, London, and Paris and releases in theaters November 16. 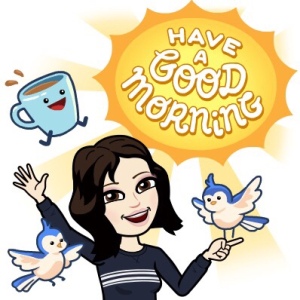 This weeks theme was a fun departure from books – except for the ones based on books 😂. What are you binging – old or new? If you’ve watched any let’s discuss your favorite character!

Tell me in the comments!

Top Ten Tuesday was created by The Broke and the Bookish in June of 2010 and was moved to That Artsy Reader Girl in January of 2018. It was born of a love of lists, a love of books, and a desire to bring bookish friends together.